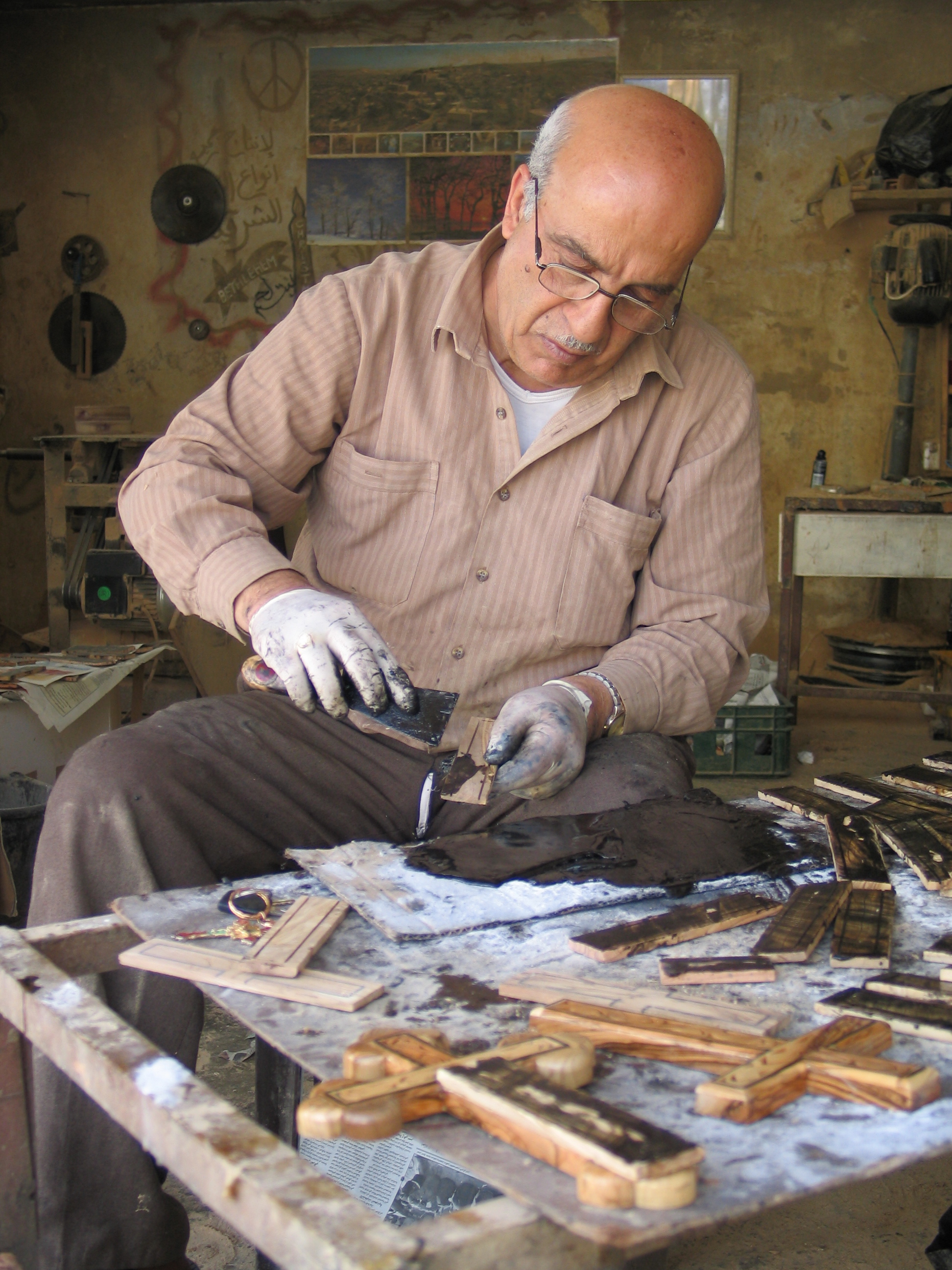 Tawfiq Salsaa, master carver of wood from Beit Sahour, Bethlehem, Palestine passed away on Friday 10th August from lung cancer.
Amos Trust knew him very well because he was the father of Wisam, our regular tour guide in the Holy Land.
A few hours before Tawfiq died his third grandchild, Daniel, was born to Wisam and Rasha.
Amos groups were regularly hosted at the home of Tawfiq and Ayda, which was always a highlight. These visits always included a look round Tawfiq's workshop.
In 2007 Tawfiq carved the walled nativity, which had the separation wall dividing the wise men from the Holy Family. He said that he was inspired to produce his first model with a political meaning after half a century of carving: "I was thinking about our problems and I thought if Jesus was to come 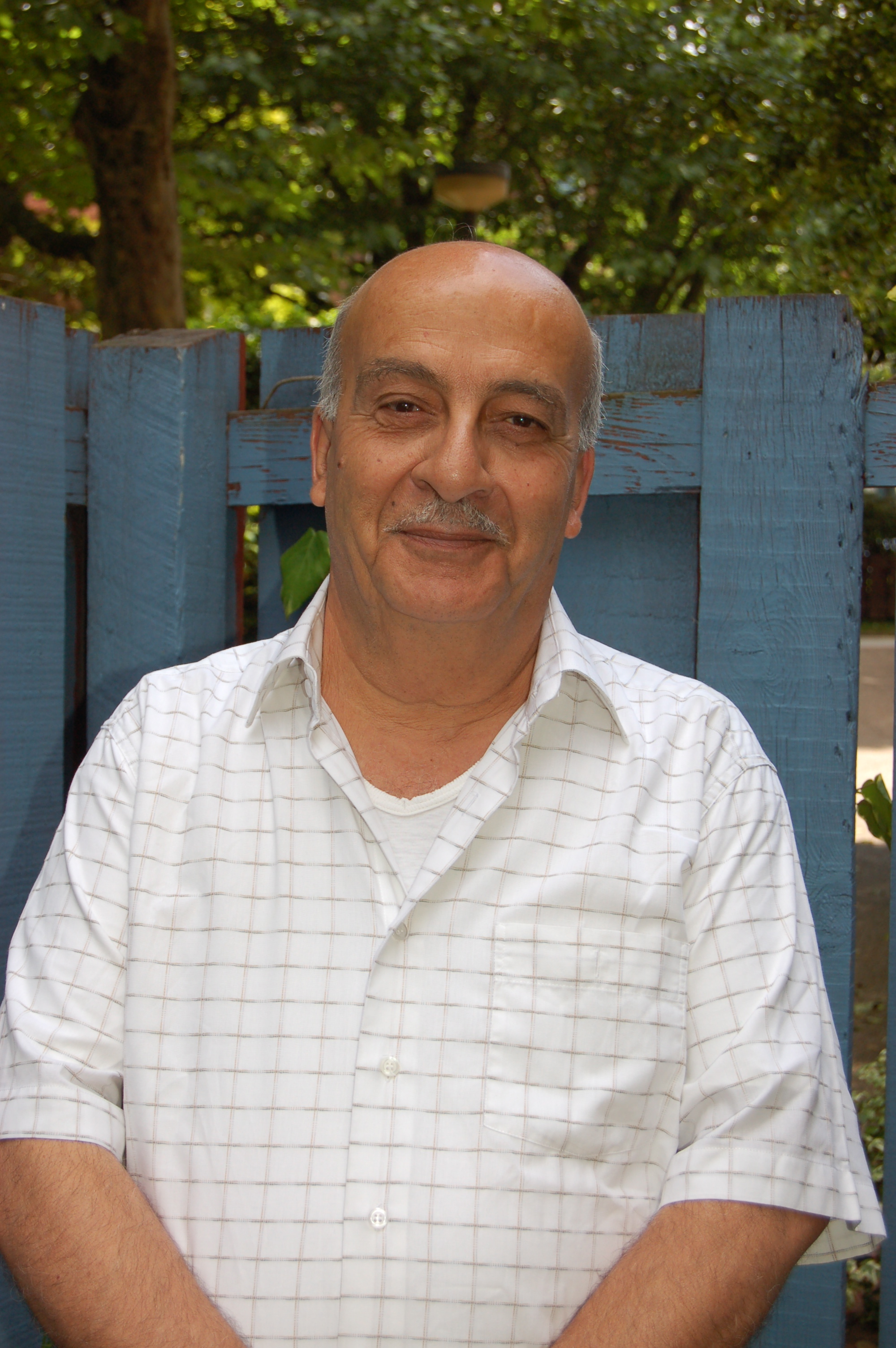 here today he would find a wall, then I started working on it - that's how it came to express our situation."
When under curfew in Beit Sahour Tawfiq, cut off from Jerusalem - which he had not visited for many years - carved a model of the Old City of Jerusalem from memory. Later this remarkable model was seen by Banksy who added some pieces to it and it then appeared in his exhibition at Bristol Museum in 2009.
It was described as "the final gem of the exhibition". Tawfiq and the family were present at the opening of the exhibition in Bristol and it was a very proud moment.
For many years Amos Trust had been distributing the olive wood at Christmas time carved by Tawfiq and his small band of workers. We also distributed the wooden hand crosses he made, which together with the walled nativity were regularly available at the Greenbelt Festival.
Our prayers and thoughts are with Tawfiq's wife, Ayda, with Wisam, his brothers and all the family and especially for Rasha and Wisam with their new baby Daniel and for sisters Leah and Sara - it is a time for very mixed emotions for the family.
Garth says, 'It was a special friendship with Tawfiq - we didn't speak each other's languages but we often sat in comfortable silence together enjoying each other's company. He was a man who saw so much in his life as gradually they were cut off more and more in the Beit Sahour and Bethlehem area by occupation and then by the wall. I am grateful to Wisam who invited us to meet his family and spend time with his father - a warm, gentle, creative man rooted in the land of Palestine.
An article in the Independent about Tawfiq at the time of the release of the Walled Nativity and with news of Banksy adapting his carving of Jerusalem http://www.independent.co.uk/news/world/middle-east/o-little-divided-town-of-bethlehem-766686.html
And also a link to a talk that Garth Hewitt did at Greenbelt Festival 2008 called 'The strange but true story of Tawfiq Salsaa's walled Nativity' http://www.greenbelt.org.uk/media/talks/14291-garth-hewitt/